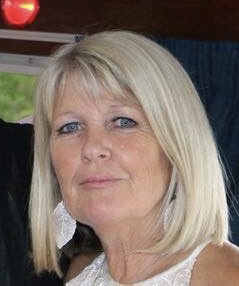 Penny Robinson, an active GMB member for over 20 years, has been elected GMB London Regional President.

A vocal member of her community, Penny has been a union member for the majority of her working life.

At 18, after a series of short-term jobs including work in a chemist, on a cheese counter, in a shoe shop and as a chambermaid, Penny became a social worker at a home for maladjusted children.

Having come from a family with three generations of social workers, helping children was second nature to Penny.

After 5 years of working as a residential social worker, Penny left the role to start a family of her own, giving birth to her two sons, and working as a stay at home mum. Now she is grandmother to her first grandson Mason.

As her sons grew up she began working as a check-in supervisor at London City Airport. Penny was surprised to hear, following unsuccessful pay talks, that the airport workers were not represented by a union. Upon hearing that similar employees at Stanstead Airport were members of GMB, she immediately encouraged all her colleagues to become members and by the time she departed almost all of her colleagues had joined GMB London.

Penny soon became an active member of GMB, leaving her role at London City Airport to work on the Union Learning Fund, a GMB project, that saw her recruit an impressive number of workers onto adult learning courses run by Barking & Dagenham council.

Adult learning is one of Penny’s biggest passions and following its opening, Penny was asked to run a new learning centre in Barking and Dagenham that has changed the lives for 100’s of adults who learned to read and write, some of who are now directors of their own companies.

After watching austerity cuts close the learning centre she so dearly loved, Penny has continued to be an active voice in the community. Penny is also GMB Branch Secretary of the Barking & Dagenham Branch.

Penny is dedicated to ensuring that GMB members voices are heard loud and clear, and that GMB will never give up the fight for workers’ rights.