The Mayor's Good Work Standard brings together best employment practice and links to resources and support from across London to help employers improve their organisations. The initiative has been developed in collaboration with London's employers, professional bodies, experts and London trade unions.

As well as the Mayor himself the launch saw speakers from trade unions, business and the Chartered Institute of Personnel and Development (CIPD) welcoming the launch and the standards being set for good employment practices across the capital.

The standard is organised into four key areas, known as pillars, that are relevant and important to any organisation and employer - Fair Pay and Conditions, Workplace Wellbeing,Skill and Progression and Diversity and Recruitment

The GMB as an employer has already signed up to the standard and will now be working with all employers, where we have members, to get them to work towards and adopt the standard and hope that this initiative will be rolled out and replicated across other authorities in the UK.

To find out more about this initiative go to: 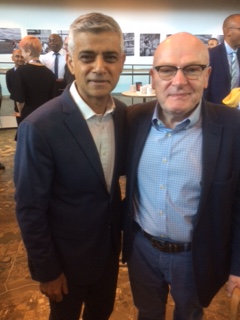